When the Club was formed, as Luffness Golf Club in 1867, it was the 35th registered golf club in the world. The course then was on the far side of the Peffer Burn on land which is now part of the Nature Reserve. Unfortunately for any golf historian or enthusiast, there is little evidence of the course layout and the original clubhouse.

After some 27 years, George Hope, the then landowner, had ambitions to create a new golf course slightly closer to the village of Gullane, which did not meet with approval of those who hailed from Aberlady. But in the end, the Club split in two, one half staying to play the new course, Luffness New Golf Club (1894), whilst the remaining members accepted an offer from a neighbouring landlord, the Earl of Wemyss and March, to build a golf course on the links land bordering Craigielaw Farm. It was appropriate to rename the Club, Kilspindie in 1899.

From its very beginnings Kilspindie, as a golf club, built a reputation as a warm and welcoming Club. Many of the original non-course owning clubs who chose to play their annual outings over our links still do so today, over 100 years later. As the popularity of golf in general grew, so did the Club. But there were periods of austerity, too, especially after each of the twentieth century's World Wars, and only the dedication, generosity and hard work of some members saved the Club during these lean times.

With the excellent services of Club Stewards over the years, High Tea after a game of golf at Kilspindie took some beating – with 3-tiered cake stands, scones to die for and, for an extra 6d., one could enjoy 2 eggs with their “Golfers Grill”.

Two stone structures on our links are the 'Target', at the 5th tee, and the 'Magazine', at the 12th tee, were both actively used in the early days when we shared the golf course with the local rifle club.

Few changes have been made to our traditional Scottish links in over a century, so golfers – irrespective of their standard of play – can continue to enjoy the same challenges as have so many in the past. The course is a magnet for hickory-shafted enthusiasts, and the Club can even arrange to hire you a set should you care to try it.

Welcome – and haste ye back. 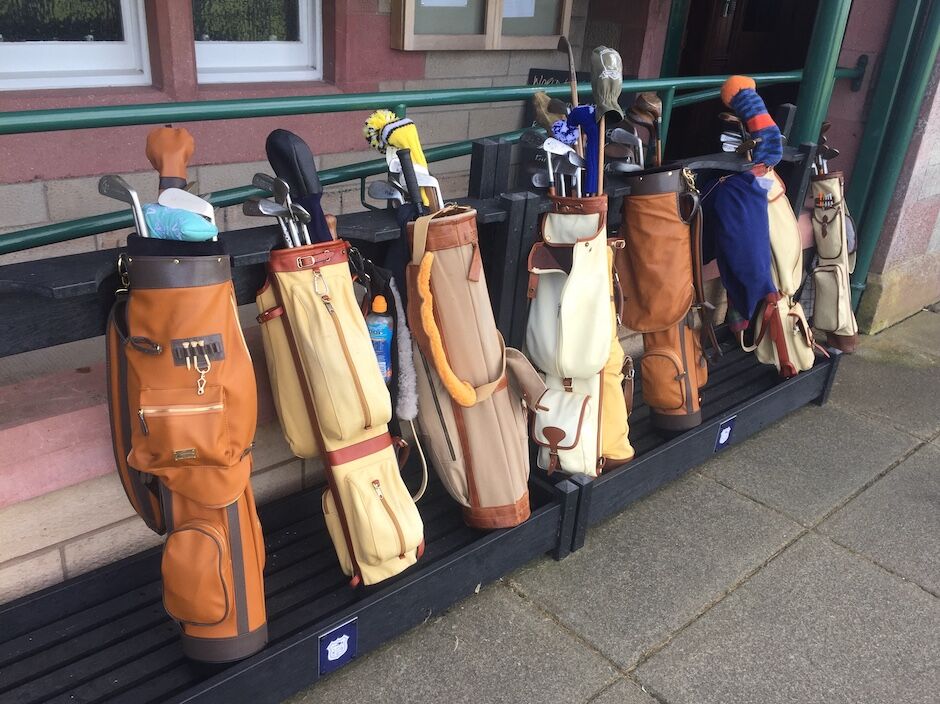